The 10 best places to live in Georgia

This article is going to talk about the best places to live in Georgia based on cost. Why Georgia? In terms of cost of living, it ranks 6th in the United States. Georgia’s welcoming neighbors, good food, great weather, expansive outdoors, and sports culture make it a desirable place to live for people who call it home. Georgia also has prestigious universities, public and private schools.

Georgia is bordered on the north by Tennessee, on the east by South Carolina, on the south by Florida, and on the west by Alabama. A variety of wildlife can be spotted there, including black bears, bald eagles, deer, gophers, peregrine falcons, and woodpeckers. Its coast is home to manatees, right whales, and humpback whales.

If you’re looking to buy real estate in Georgia, this article will show you some of the best places to live in Georgia. here are some quick facts to know:

Related: The complete Investor Guide to Buying a House in Georgia

Cheapest Places to Live in Georgia 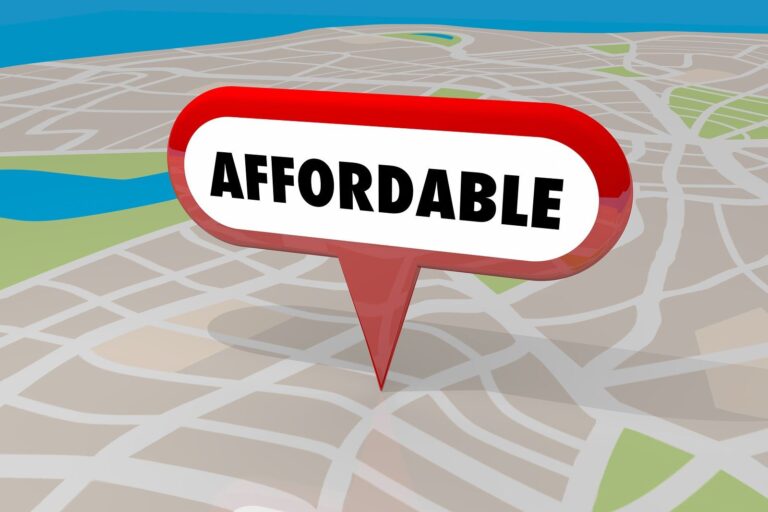 Athens is home to the University of Georgia. Hence, downtown Athens, located adjacent to the University’s North Campus, is dominated by college town culture, music, and art. Athens is a consolidated city-county, officially Athens-Clarke county. It’s a satellite city of Atlanta – which makes it one of the best places to live in Georgia for young people. There’s a lot of history there with notable tourist attractions, some of which denote both Federal and Greek Revival architecture.

Some of the antebellum buildings you’ll find in Athens are the Lucy Cobb Institute, the Taylor-Grady House, the Joseph Henry Lumpkin House, and the Church-Waddel-Brumby House. In Athens, you will find most of the companies operating in the following industries: transportation equipment, textiles, electronics, and electrical components, apparel, poultry processing, industrial machinery, and tourism.

Perry is the county seat of Houston County with an estimated population of 17,894 in 2019. Recent investments in public infrastructure and tourism have contributed to Perry’s growth. Perry, Georgia, has been a military housing community since World War II. The military is Perry’s biggest employer, but tourism and hospitality are also thriving sectors.

The construction of Interstate 75 in the 1960s through the western side of the city, the redevelopment and repurposing of the old National Guard into Perry Arts Center, and the improvement of Garden Park in 2004 were among the major initiatives to boost tourism in the city.

Brunswick is the second-largest urban area in coastal Georgia after Savannah. It is the county seat of Glynn County. It is the main economic center of lower southeast Georgia, with an economy that relies heavily on tourism and logistics, producing a metropolitan GDP of $3.9 billion. It has the third busiest port in the United States.

Downtown Brunswick is one of the major historical centers in Brunswick. There are currently plans to redevelop its historic buildings and public squares as part of its revitalization. A number of festivals take place in Brunswick, most of which are held at the Mary Ross Waterfront Park and the Brunswick Landing Marina. Annual events include the Brunswick Rockin Stewbilee, Mayfair, and the Blessing of the Fleet Festival.

Bloomingdale is a small coastal city with a population of 3,136. It is located on the Southeastern coast of Georgia in Chatham county, near the Savannah River along the South Carolina border.

It’s surrounded by Port Wentworth on the northeast, Pooler on the east, Effingham county on the northwest, and a western part of the city of Savannah on the south. Since 2020, Bloomingdale has had a population growth of 2.2%. Furthermore, the city has a cost of living that is 12% lower than the US average. However, based on FBI crime data, Bloomingdale has had a crime rate that is higher than 56% of the rest of Georgia’s cities

Originally called New Inverness, Darien is a small city with a population of 1,975 (according to the 2010 US Census). It is the county seat of McIntosh County and also the second oldest planned city in Georgia.

It is a historic port and resort town along Georgia’s Atlantic Coast and Altamaha Scenic Byway. With great ocean views, great weather, historic sites, and great access to shopping, Darien is a nice place to be. One of the perks of being in an estuary setting like Darien is the fact that residents enjoy amazing seafood literally from the boat.

St Marys has had a population growth of 5.7% since 2020. Currently, the city has a population of 18,854 people. The city is located on the southern border of Camden county, with the Florida border to the south across the St Marys river. It’s a maritime location – home to the Cumberland Island National Seashore.

Albany is the commercial center of Southwest Georgia. Located on the Flint river, it is the only incorporated city and county seat of Dougherty. Albany offers the lowest cost of living in Georgia with a cost of living index of 76.5. This makes it one of the most affordable places to retire in Georgia.

It has a diverse industrial economy rooted in manufacturing, transportation, tourism, and retail sectors. The city was a Confederate supplier of food and cotton during the American Civil War. Since 1994, local industries have invested more than $800 million in the Albany community; some of these industries include Procter and Gamble, MillerCoors, and Mars Chocolate North America. Albany is the eighth largest city in Georgia with a population of 77,434 (according to the 2010 U.S. Census).

Clarkston is often referred to as “America’s most diverse square mile” or “the Ellis Island of the south”. This is because of its striking ethnic diversity. Since the 1990s, displaced persons of a variety of ethnicities have lived in the city.

Clarkston was established in the 1830s to serve as a railroad junction for merchants traveling from Athens to South Carolina and Augusta. Clarkston has a population of 12,627. The city saw a 68.1% population growth in 2020. Most of the Clarkston population is under the age of 40, which represents 75% of the population. Clarkston’s homes, however, were built mostly during the 1970s and 1980s.

Dalton is the county seat of Whitfield County, Georgia. It is the second-largest city in northwest Georgia, located just off Interstate 75 in the foothills of the Blue Ridge Mountains of northwest Georgia. Apart from being one of the cheapest cities to live in Georgia, residents enjoy a humid subtropical climate with hot, humid summers and mild to cool winters. It is in USDA hardiness zones 7B and 8A.

Originally inhabited by Woodland and Cherokee Indians, Dalton was settled by Europeans after 1838. The town was named for Mary Dalton, mother of founder Edward White Dalton. The city is a center for most of the nation’s flooring companies: manufacturers of carpet, rugs, and vinyl flooring.

Business Week magazine ranked Warner Robins as the best place to raise a family in 2009 and 2010 consecutively. Located in Houston and Peach counties, Warner Robins is the 11th largest city in Georgia, with a 2020 population of 80,308. It has historically been one of the most affordable cities in Georgia.

It was founded in 1942, when a small farming community, Wellston, was renamed for U.S. Air Force General Augustine Warner Robbins (1882-1940). It was incorporated as a city in 1956. Warner Robbins is famous as a commercial center in central Georgia, with more than 1,000 retail businesses in the city. It offers a good mix of urban bustle and high-tech entertainment with Southern living.

This article has shown you some of the best affordable places to live in Georgia. But if you’re looking to make the move or invest, there’s no better way to start than by searching the Mashvisor property marketplace for cheap on-market and off-market listings. Start out your 7-day free trial with Mashvisor now!

Agnes A Gaddis specializes in writing insightful and confident content for businesses. She appreciates the ability to express valuable and timely information to people who need it and the reactions she gets from that. She is a contributing writer for several websites including Inman, Texas state affordable housing corporation (Tsahc), Getresponse and Influencive.

A seller’s guide to closing costs in California

5 Hot Neighborhoods for Airbnb Memphis in 2021

Should You Invest in the Palm Springs Real Estate Market 2019?

Should You Invest in the Palm Springs Real Estate Market in 2020?

Why and Where to Invest in Denver Real Estate 2018

8 Best Cities for Apartment Investing in 2019

Thanks for mentioning us at Brunswick Landing Marina!

Mortgage Delinquencies Are on the Rise According to...

Read Now
: Rental Property Depreciation: How It Works and Why It's Great for Investors