It’s widely known that many successful people utilize residential real estate and commercial real estate for making money. As a matter of fact, 90% of all millionaires generate their massive wealth through real estate investing. In the US, at least 30 billionaires have reached that status by investing in real estate.

It might be easy for naysayers to dismiss the success of these real estate moguls as mere inheritance or generational wealth. The reality, however, is that many of the most successful real estate investors follow a rag to riches story. Who are some of these acclaimed real estate moguls and what can you learn from them?

With a net worth of $1.3 billion, Carl Berg exemplifies the stories of real estate moguls who started with nothing. 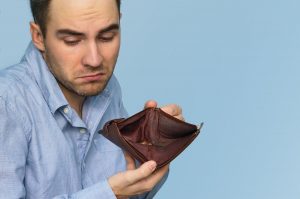 At an early age of his life, Berg’s father died, leaving him to grow up in rural New Mexico with his schoolteacher mother. Berg financed his way through college by repairing vending machines and working as a clerk in a hotel. While serving as a hotel clerk, Berg met a top-tier home builder who offered him an office job. Once Berg graduated from college, he began running the builder’s mortgage company. Years later, Berg used the real estate skills he acquired to buy and rent out Silicon Valley office buildings. He eventually invested in over 100 tech startups and has since expanded his portfolio to venture capital investing.

As previously mentioned, many hold a preconceived notion that all real estate moguls are successful due to generational wealth or inheritance. With Leon Charney, who inherited a mere $34 from his father, this was far from the truth. One of the top real estate moguls until his death in 2016, Charney had lost his father at a young age, leaving his family in poverty. Charney put himself through college and law school by singing in synagogues. He made his name through commercial real estate, particularly with properties in Manhattan’s Time Square. Aside from becoming a real estate investor with a net worth of $1.3 billion, Charney was also a talk-show host, attorney, and political advisor to President Jimmy Carter.

A few of the top real estate tycoons are females, but the most successful of female real estate moguls is Dottie Herman. Like many real estate moguls who started with nothing, Herman had to overcome struggle at an early age. Her mother had died in a car accident when Herman was 10 years old. Herman was determined to “make something of herself” after the incident and began working as a real estate broker while attending university. Years later, she purchased Prudential Long Island Realty and Manhattan’s largest brokerage firm, Douglas Elliman Real Estate. Douglas Elliman Real Estate is now the fourth largest real estate company in the US, and Herman is the richest self-made woman in real estate with a net worth of $270 million.

Related: How to Start a Real Estate Business with Little or No Initial Capital

Many successful real estate investors and tycoons learn real estate investing and develop their real estate skills through a college education. For the Armenian immigrant Kirk Kerkorian, who amassed a net worth of a whopping $4.2 billion by the time of his death, this was not the case. Kerkorian had dropped out of the 8th grade and had actually been helping his family make ends meet when he was just 9 years old. After serving in World War II, he purchased many acres of Las Vegas land, many of which would be the locations of world-renowned hotels such as Caesar’s Palace and the International Hotel. After becoming a real estate investor with massive success, he diversified his portfolio with investments in the airline and auto industries.

With a mind-boggling estimated net worth of $7.6 billion, Stephen Ross is the developer behind the country’s largest private real estate project. Ross’s career was not always so magnanimous, as he began as a tax attorney in Detroit. He later moved to New York and accepted a position with Laird Inc. and subsequently with the Bear Stearns company. Years later, he was living off a $10,000 loan from his mother. As a stepping stone to become a millionaire with real estate, he began setting deals for rich investors to gain federal grants and construct subsidized affordable housing. He would later start a real estate development company called The Related Companies, setting the stage for his reputation as an international real estate mogul.

Sam Zell is considered one of the founders of modern commercial real estate investing. One of the top real estate moguls, with a net worth of $5.5 billion, Zell began his investing career as a college student. He managed apartments with his friend, Robert Lurie, but left the business for a while to become a lawyer. Zell later returned and began buying and fixing apartment buildings with Lurie all over the country. In 1969, the two founded Equity Group Investments which has since grown into a private equity powerhouse for many industries. Zell is now the chair of five public companies, one of them being the largest apartment REIT in the United States.

Related: How to Start a Real Estate Business – 5 Simple Steps 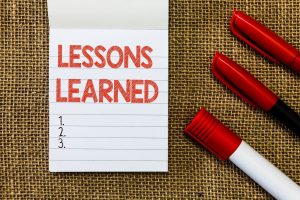 Whether a real estate investor aspires to become a millionaire with real estate or just supplement his/her main income, there’s a lot to be learned from these real estate moguls.

Perhaps the most common theme is that success takes time, patience, and struggle. These manifested differently for each mogul, but the same persistent mentality was key to overcoming obstacles.

Investors should also network with other investors or individuals, as success always comes with the help of others.

Investors should also learn real estate investing as well as they can and put that knowledge into practice. You can do both with just the click of a mouse. To learn how to invest in real estate with no money, discover residential real estate, and find investment properties, click here to start your 14-day free trial with Mashvisor!

Hamza is a long-time writer at Mashvisor. With a focus on real estate investing tips, concepts, and top investing locations, he aims to help all aspiring investors who come across his blogs to hit the bank with their investment property.

How to Increase Rental Income for Your Long Term Rental Property

Persistence: The Key to Success in Real Estate Investing

Lease Renewal: 5 Ways to Get a Tenant to Renew

How to Grow Your Property Management Portfolio in 2020

How Real Estate Investing Is Your Money Maker

When Hiring Professional Property Management is a Must

Mortgage Delinquencies Are on the Rise According to...

Read Now
: Flipping Houses for Beginners: What You Need to Know Before Starting