Earlier this month The City of San Francisco proposed a new legislation which would hold vacation-rental platforms accountable for not verifying hosts’ registration with The City, which is a requirement in order to be approved by the city as a short-term rental.

Last week, the Board of Supervisors unanimously voted to endorse this law. Now, any vacation-rental platform such as Airbnb, HomeAway/VRBO, and FlipKey must confirm that hosts are registered with the city or otherwise pay fines and possibly face misdemeanor penalties. The fines could go up to $1,000 daily per each violating listing. If the listings are not registered, it is the company’s responsibility to remove or police them. This could mean losing an entire business for those with Airbnb investment properties, who rent out their entire property on Airbnb as a full-time investment business.

Airbnb is pressed for time since the amendment’s enactment is on July 27th. The legislation is not technically the law yet but the unanimous vote means the Mayor cannot veto it. Most people don’t see Airbnb assessing their listings and ridding of unregistered hosts before this date – especially since about 75% of San Francisco listings are unregistered.

Airbnb has made similar efforts in the past when it promised to remove illegal rentals from its site in April and then removed 164 listings that were possibly compromising the supply of housing.

Supervisor David Campos says this rule is just like when car-rental companies verify that users have a driver’s license.

Legal experts say this law may not work out due to what is known by some as “the First Amendment of the Internet,” which is Section 230 of the Communications Decency Act. This law protects a platform from being held responsible for what users say and do. Section 230 states, “No provider or user of an interactive computer service shall be treated as the publisher or speaker of any information provided by another information content provider” (47 U.S.C. § 230).

This means Airbnb and other vacation rental sites could possibly be immune to this regulation since they are not responsible if hosts have registered or not. But Supervisor Campos doesn’t think Section 230 will prevent these websites from complying because vacation rentals are their principal business, and they are not just publishers like Craigslist, for example.

The law is still up for dispute depending on if companies who handle payments are protected or not. It also depends on if these sites will be treated as advertising platforms, which would mean they are still protected by the First Amendment. Also, the Constitution’s Commerce Clause states that only Congress can regulate interstate commerce, which means cities shouldn’t be able to target certain businesses. 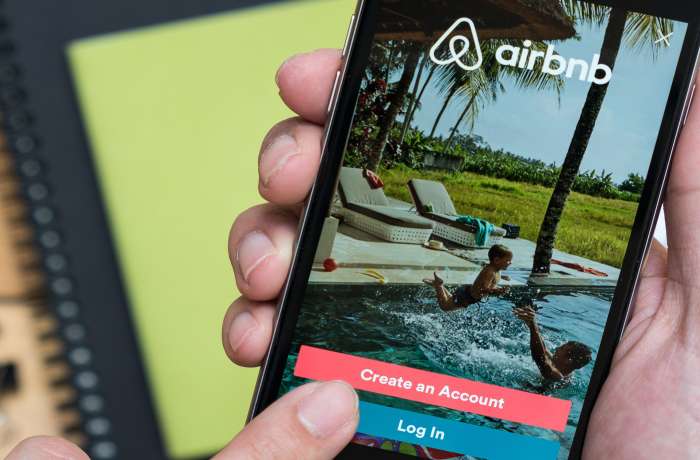 Airbnb is worried about the enactment of this law because it could mean applying this to every city. Airbnb and other sites would effectively have to turn themselves in for not complying with the law.

Airbnb argued that almost 1,200 locals in San Francisco were able to avoid foreclosures or evictions by hosting on Airbnb and obtaining the additional income. Renting out an extra room in order to pay high rent in San Francisco is the foundation of this business and is exactly what the founders did before launching this company. But some people have taken this concept to another level by buying investment properties to list solely on Airbnb after seeing the potential for higher returns than traditional rentals.

Related: The Rise Of The Professional Airbnb Investor

Cathryn Blum is an active Airbnb host who followed the rules and regulations and obtained a business license and registration number. She thinks The City should consider a grace period for those who are not registered and make exceptions for those who rent out their listings only a few days per year. She also thinks there should be more resources available to help hosts be in check with the law.

What do you think of San Francisco’s new legislation? Do you have an Airbnb listing? Leave us a comment and let’s chat.

Diala is among the most experienced content marketers at Mashvisor. She loves writing about everything real estate including investment strategies, how to buy a profitable rental property, and the best locations for investing in real estate.

7 Steps to Buying a Rental Property

How to Buy a Foreclosure as an Investment Property

How to Check Property Tax History Before Buying

Everything to Know About Real Estate Investing in 5 Simple Points

Civil code 1101.3: What investors should know

How a 1031 Exchange Can Help You Buy More Rental Properties

Renters Insurance Made Easy: Why You Should Have a Plan

What Is a Rental Property Depreciation Calculator for Real Estate Investors?

Evicting a Tenant: A Guide for the First-Time Landlord

How to Qualify as a Real Estate Professional for Tax Purposes

What Landlords Need to Know About Filing an Eviction Notice

Here’s How to Calculate Depreciation on Rental Property

Read Now
: How to Be a Successful Remote Landlord: 8 Tips