Are you looking to invest in the Michigan real estate market in 2022? The thought of real estate investments in Michigan has made many investors feel stuck between a rock and a hard place. Mainly, this has been due to the effects of the Covid pandemic.

The good news is that the effects have slowly been wearing out. The Michigan housing market is slowly but steadily recovering. Coupling this with the fact that the Michigan market has been resilient throughout the years, it can only be right to say that the market will present mouthwatering opportunities in 2022.

So, what should real estate investors in the Michigan real estate market expect in 2022? Here’s the ultimate Michigan housing market forecast 2022. 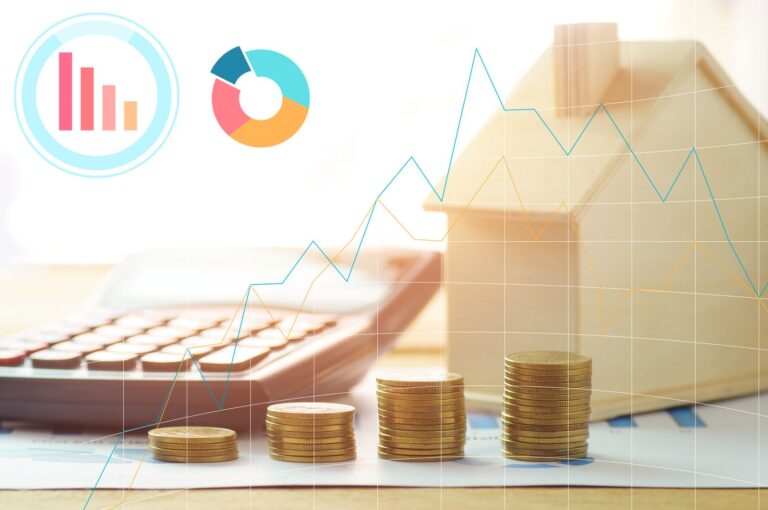 As we’ve mentioned, the real estate market in Michigan has remained steady over the years, despite the pandemic. As such, home prices have been rising as more investors scramble over the state’s inventory.

Residential home sales data compiled by the 42 regional listing boards that form the Michigan Association of Realtors show that average home sale prices have increased by 13.71% from one year earlier in October 2021. Median home prices in Michigan went up to $257,986 from $2226,875.

The total residential home sales declined by -10.1% year-over-year, from 14,812 to 13,315 annual sales. While the state inventory is seeing fewer homes being sold, the lower interest rates are still attracting investors.

According to Redfin, a real estate firm, property prices in Michigan were up 7.8% year-over-year in October to $222,000. The number of homes sold within the same period fell by 9.0%. Similarly, the number of homes being sold declined by 20.0%.

The latest Michigan housing market forecast 2022 shows that the real estate market is becoming more competitive. Bidding wars are also becoming more common as an increasing percentage of properties are selling higher than the initial asking price. For example, in October 2021, 42.9% of properties sold for more than the asking price. This represents a 6.8% increase year-over-year. Two years earlier in October 2019, this figure was 21.8%.

Top 5 Most Competitive Housing Markets in Michigan in 2022

From the Michigan housing market forecast 2022, here’s a list of the top 5 markets to invest in:

The Michigan housing market forecast 2022 wouldn’t be complete without a closer look at Detroit. Here are some 2021 Detroit real estate market trends compiled and released by the Greater Metropolitan Association of Realtors. The residential stats include but are not limited to communities in Oakland, Lapeer, Washtenaw, Macomb, and Wayne counties.

The combined year-over-year residential and condo stats comparisons looked like this:

Here are some of the latest stats published by the Greater Metropolitan Association of Realtors for September 2021:

Now that we’ve looked at the 2021 stats for some background, what’s the Detroit, Michigan housing market forecast 2022?

Detroit has experienced some of the highest home appreciation rates in the US within the last decade. According to the Zillow Home Value Index, the typical home value within the Detroit-Warren-Dearborn Metro has appreciated by almost 148% since December 2011.

The Zillow Home Value Index represents the typical home value in the 35th and 65th percentile range. As of now, the typical value of homes in the Detroit-Warren-Dearborn Metro is $225,066. Due to vigorous housing demand and low mortgage rates, home values within the same region have increased by 17.1% over the past year.

Here are some statistics for you to consider:

According to Neighborhoodscout, Detroit real estate has appreciated by 75.30% over the last decade, which equates to an average annual appreciation rate of 5.77%. This places Detroit at the top 20% of all cities for real estate appreciation.

Short-term real estate investors have also found success in Detroit over the last year. The appreciation rates in the city were 2.98% in the most recent quarter, which represents a 12.47% annual appreciation rate.

According to Neighborhoodscout.com here’s a list of some of the best neighborhoods in Detroit to invest in rentals, since they have the highest appreciation rates since 2000 (ranked in no particular order):

Investing in real estate has, since time immemorial, been a surefire way to become wealthy and get a handsome return on investment. So, should you invest in the Detroit real estate market? Is buying real estate in Detroit a great idea? To answer these questions, you need to dig deeper to get an in-depth insight into the Detroit, Michigan housing market forecast 2022.

As we’ve already seen, Detroit is the most populous city in Michigan state and the seat of Wayne county. In 2016, Detroit had a population of 672,795, making it the 23rd most populous city in the US. As demonstrated by newer data from the 2020 census, the city has been on a seven-decade streak of population decline. Take, for example, in 1950 when the city was at its peak at a population of 1.8 million people. In contrast, the 2020 census showed that the city has a population of 639,111 people. This represents a drop of 10.5%, 75,000 residents from one decade ago.

This is also the 7th straight decade that Detroit’s population has declined since its peak in 1950. The metropolitan area, known as Metro Detroit, is home to nearly 3.53 million people, which is also a 0.51% decline.

However, consider that many older residents are moving back to Detroit. New businesses are also bringing in more opportunities for workers and business people in the city.  This means that there could be an upward trajectory soon. As such, it’s going to be lucrative to invest in rentals in Detroit in 2022.

We’ve broken down 6 positive factors why we’re likely to experience a positive change in the Detroit real estate market. These are factors that you may consider when buying property in Detroit in 2022.

In comparison to other real estate markets across the country, Detroit city presents a great environment to invest and rent out property in the current housing boom driven by the pandemic. Many Fortune 500 companies have their headquarters in Detroit city, which is directly proportional to the city’s economic and employment development. The most represented industries are:

According to the University of Michigan Economic Forecast, Detroit city’s employment recovery from the Covid pandemic is exceeding expectations. The unemployment rate has declined at a higher rate than expected. The forecast shows that Detroit is recovering at a stronger rate than statewide.

Residential properties in Detroit still have price tags that vary significantly from other markets. As such, investors in Detroit can find great investment opportunities at a lesser cost than other housing markets.

However, within the city, these prices are increasing rapidly at +20% year-over-year. Investors are encouraged to consider this market since the growth is expected to remain steady over a long time.

While the home values in Detroit are increasing, the properties remain more affordable compared to other markets. The city remains affordable among other large cities.

According to a 2019 analysis by the American Community Survey data, there are an estimated 500,000 rental units within the Detroit-Warren-Dearborn Metro area that are affordable to people making up to 60% of the area’s median income.

Investing in the Detroit market today will give investors a wide range of properties at cheaper rates. Investors can either rent the property out for positive cash flow or wait for the market to soar high and sell them

Detroit’s downtown is also experiencing significant progress and growth due to the rapid development in the demographics of Detroit in recent years. In the central section of Detroit, the populations of young professionals, artists, and other transplants are also growing, which has led to growth in the retail sector.

This dynamic is enticing to new residents. Former residents are also returning from other cities and to Detroit’s downtown. There are popular eateries, sports teams with large fan bases, frequent concerts, and generally an active nightlife.

The scene was quite different a few years ago. In contrast, many families are now choosing to live here and it also attracts many businesses.

Detroit has experienced a rising preference as a tourist destination in the past few years, due to its distinctive architecture, unique culture, and revitalization and urban renewal efforts. The New York Times ranked Detroit as the 9th best destination in its list of 52 places to go in 2017. In 2018, the travel guide publisher Lonely Planet named Detroit as the 2nd best city to visit in the world.

Metropolitan Detroit has many entertainment options that regularly organize festivals, including musical shows and cruises. There’s also a wide range of hotels to choose from. The city also has parks and museums that act as tourist attractions all year round.

Due to the many tourist attractions, the city is constantly in need of short-term and affordable residential options.

Here’s a breakdown of the government initiatives that are improving the housing market in Detroit:

Investing in real estate is one of the most important decisions an investor will make in their lives. The Michigan housing market forecast 2022 shows that the housing market presents great opportunities for investors in 2022 due to the expected growth. The real estate market in Detroit is a budding prospect for investors looking for affordable rentals and properties in growing markets.
Before investing your hard-earned cash, ensure to carry out investment property analysis. Once you’ve identified a potential deal in your desired location, run through the numbers to ensure the property will be profitable in the long term. While it may seem like a strenuous process, you don’t have to lose your sleep over it. Luckily, you can use the Mashvisor Investment Property Calculator to carry out an in-depth property analysis. Start out your 7-day free trial with Mashvisor now.

Kabue Muriithi is an experienced writer with years of experience covering various aspects of the real estate industry. He values delivering powerful content that provides the utmost value to audiences.

Airbnb Income Potential: How to Accurately Assess It?

ARV Real Estate: What Is It and How to Calculate It?

Why Does the Price to Rent Ratio Still Matter in Real Estate?

How to Make the Most Money When Investing in Rental Property

Airbnb Profit Calculator: What Is This and How Can You Make Money With It?

How to Determine the Right Rental Rate for Cash Flow

Read Now
: What Is a Landlord's Role in Plumbing Maintenance?