Find the best places to invest
HomeBlog Investor BlogsFinancing Tips What is a Defeasance Clause in Real Estate?
Financing Tips

What is a Defeasance Clause in Real Estate?

When you pay off your loan and meet the terms of your mortgage agreement, the defeasance clause kicks in. It’s a little complicated when it comes to closing on a house, and it all depends on where you stay. Depending on the state, you may never see or hear of it at all.

In this article, we’ll look at the definition of the defeasance clause, what it truly means in law, how it occurs in a mortgage, how it affects your property’s title, the benefits, and more.

Stay with us and find the information you need about the clause and how it can impact real estate.

What Is a Defeasance Clause?

According to Investopedia, defeasance is:

A defeasance clause in a mortgage deed states that the lender will give the borrower ownership of the property once all mortgage payments are made.

The defeasance clause functions as a legal instrument, negating the mortgage, deed, or contract and passing the property’s title to the borrower once the borrower has made all of the mortgage payments.

The defeasance clause, in short, allows the borrower to get a free and clear title once all debts have been paid off. However, if your state uses a ‘lien theory’ rather than the common law ‘mortgage theory’ or ‘title theory,’ you may not require a defeasance clause in your mortgage agreement.

How Does Mortgage Defeasance Clause Work?

The idea of defeasance occurs legally to safeguard your rights as a home buyer; it’s lawfully binding terminology that states that if you pay off the house loan, you will own the property outright and complete.

Essentially, it depends on your state’s interpretation of a concept in real estate law known as mortgage theory.

In the past, when a lender granted a mortgage, it required a deed of defeasible charge to the property as security to ensure that the loan was fully paid off. Under the mortgage theory, the lender gets a defeasible title to the property.

The defeasance clause would “negate” the lender’s security and allow the borrower to reclaim title to the property if the provisions of the mortgage agreement were met.

The lender’s title would change to a fee simple absolute estate if the borrower did not follow the mortgage rules or did not fully repay the debt. That essentially makes the lender the sole owner of the property. 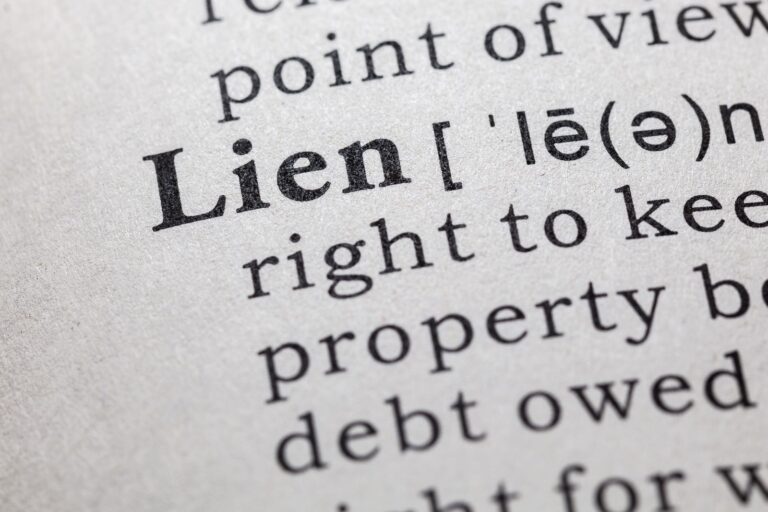 If the borrower fails to pay or defaults on loan, the lender can take possession of the property by starting and completing a foreclosure process. When it comes to lien theory, the lender is not granted a defeasible title under the lien theory; hence there is no need for a defeasible clause.

According to the intermediary theory, the borrower keeps the title, but the lender can take it all back if the borrower defaults on the loan (without judicial proceedings).

Real estate laws differ by the state regarding mortgage law theory and defeasance clause, but they generally fall into one of two groups: lien theory or title theory.

In a lien theory state, a borrower executes a security deed along with the mortgage contract, giving the bank legal title to the property but keeping equitable ownership. The equitable title is not the same as a legal title; it simply implies that the borrower has the right to occupy the property for the length of the loan unless they sell or fail.

When foreclosure actions are required, the fundamental difference between the two is clear regarding legal matters. Foreclosures in a title theory state must proceed through the courts. On the other hand, foreclosures in lien theory states are non-judicial and handled by trustees, usually without the intervention of the courts.

In the context of mortgages and loan deals, the defeasance clause in real estate is critical since it relates to the title of a property.

A mortgage’s defease clause compels the mortgage lender to execute a deed of defeasance charge to the property in exchange for receiving bank funds to purchase the property.

There are two types of loans: secured and unsecured.

Unsecured debt is most commonly found on low-balance financial products such as credit cards. Most lenders ask borrowers to put up collateral to obtain substantial money for major purchases like a home.

In most home purchase transactions, the buyer obtains a mortgage and secures the loan with the same property as collateral. Loan defeasance and a clean house title are given when borrowers can fully return their interest payments, principle, and any additional payment restrictions on a secured mortgage.

The security deed is used to “protect” the mortgage rather than the property itself in a lien theory state. A security deed is employed to transfer legal ownership from the borrower to the bank at closure.

It’s understandable if it sounds puzzling. Basically, the defeasance clause comes down to legal semantics, and it all depends on how the state in which you live interprets real estate ownership concerning the law.

The only time you’ll want to look into your legal rights and what you’re eligible to (legally) is if your mortgage loan is foreclosed or defaulted.

The defeasance provision protects the lender while also ensuring that the homeowner regains complete, unrestricted, and free title to the property when all lender payments are fulfilled.

When the purchaser makes the last payment, the lender is obliged to release any property rights it may have.

The defeasance provision would legally obligate the lender to give a clear title to the borrower on the house once the debt is paid off, which is the most significant benefit for a borrower.

Another advantage is that a person can potentially become a homeowner or property owner by giving defeasance privileges to the lender until the loan is paid in full. Otherwise, without appropriate finances, a person may never be able to acquire a property.

The downside is that the borrower does not have “title” to the property until complete payment is made, which could take many years. If the borrower fails on the mortgage at any point, the lender can have full possession of the property.

Since real estate rules and terminology differ from state to state based on the mortgage theory, not all mortgage agreements will have a defeasance clause.

Defeasance clauses are almost always used in title theory states, where the bank keeps possession of the house until the loan is paid off. Then, they transfer title upon debt fulfillment. Title theory is used in more than half of the states in the United States, including:

Alaska is a title theory state as well. The rest of the states in the United States that aren’t included above are lien theory states:

Start looking for and researching the best investment properties in your preferred city and neighborhood by clicking here.

Example of a Defeasance Clause

Let’s look at some defeasance provision examples and how they occur in a contract, a debt indenture, or bonds to comprehend the concept better.

These examples demonstrate how contract parties can deal with legal defeasance requirements.

The Company must deposit in trust for the benefit of all Debenture Holders a combination of Dollars or US Government Obligations that will generate appropriate money to make interest, principal, and other payments on the Debentures on their respective due dates.

A corporation can offset the asset and liability by having a loan and a corresponding asset account, thus removing both amounts from the borrower’s balance sheet. That is comparable to accounting’s liability matching approaches.

How Can a Firm Employ a Defeasance Provision?

A defeasance provision can also be used in business to allow a company to exchange one lender’s security with another. For example, a borrower may have agreed to employ a real estate property as collateral to secure specific obligations (real estate collateral) but no longer wishes to do so.

What Does a Covenant Defeasance Mean?

A covenant defeasance is a contractual term that waives a person’s or entity’s responsibilities under a contract or waives certain default circumstances. Essentially, it is a technique to get out of a contract’s obligations.

What Is the Meaning of Legal Defeasance?

A legal defeasance occurs when a person can completely avoid a contractual obligation to pay. That can be accomplished by placing sufficient funds in escrow or trust to meet all principal and interest payments or simply paying off all outstanding debt.

The ultimate goal of any loans, mortgages, bonds, papers, indentures, or debentures is to secure legal defeasance for the borrower (meaning the full payment of the debt or liability).

Defeasance provisions aren’t alarming, and in most places, they aren’t even required. However, your mortgage loan terms will almost certainly include a defeasance clause if you live in a title theory state.

If you live in a title theory state, you’ll want the loan to include a defeasance clause. It works in your favor because it clearly says that once you’ve paid off your loan in full, you’ll have a complete and clear title to your house. You can also consider states with an intermediary theory. However, you have to be careful not to default on the loan.

If you want to invest but don’t know where to begin, Mashvisor can assist you in locating a good investment property in your desired location. You can explore our database of hundreds of thousands of properties by entering a city or neighborhood to receive a fast summary of the houses for sale in that housing market. To learn about your options for signing up for our services, click here.

Jovana specializes in B2B and SaaS content writing. She focuses on researching the market and assisting clients through her articles to help them make an educated choice. When she is not writing insightful content, she spends her free time working on her book and horseback riding

Cash to Close vs. Closing Costs: What’s the Difference?

What Is A Transaction Broker in Real estate?

Where Can You Find the Best Financing for Flipping Houses?

Investing in Real Estate With No Money: Is It All Possible and How?

Buying an Investment Property: Where Do You Fine the Money to Do That?

Money Talk: How to Start a Real Estate Business With No Money

Buy Multifamily Properties: “A, B, C, D” Which Property Classification Suits You?

When should you remortgage to buy a rental property?

What are Your Options for Financing for Investment Properties?

Multifamily Financing: All You Need to Know

The Impact of COVID-19 on Homeownership Rates Across...

Read Now
: Where to Invest in the New Orleans Housing Market 2019